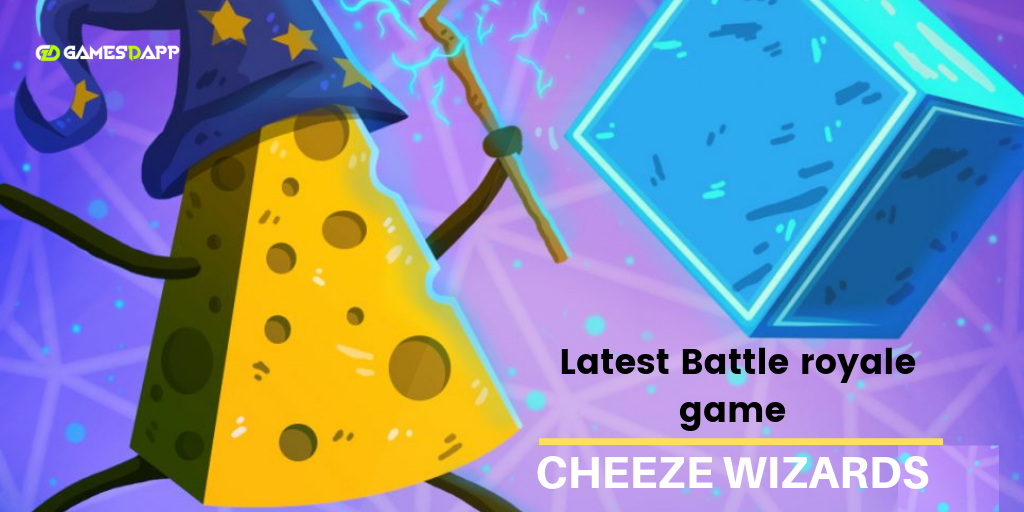 Cheese wizards have elemental tiers wizard and neutral wizard both of them are represented by NFTs. The Elemental Wizards is further categorized as Wind, Fire and water Wizards. The number of Neutral Wizards: 1,184; Number of Wind Wizards: 604; Number of Fire Wizards: 656; Number of Water Wizards: 639.

Past year, Dapper Labs introduced a decentralized application, CryptoKitties which was an instant success in the crypto communit. This year, the dapps maker created ERC-721 collectable game called Cheese Wizards based on the Ethereum blockchain. The dapp uses Non-Fungible Tokens (NFTs) which is attached to real-world values. Cheese Wizards includes tournament-style battles same as Marvel Strike Force and Hearthstone.

How to become a big cheese

Cheese wizard is the first blockchain battle royale with cheese. Cheese wizards is a crypto notice experiment where gamers can play in a global tournament for the prize money and title. Each and every wizard is a non-fungible token same like cryptokitties. Player use ether to play this game. Becoming the big cheese is the matter in this game. In cheese, wizard tournament players can use the ether to compete their opponents.to win this tournament every summoned will increase the size of the big cheese.

This is a global tournament also this game held as a multi-week event. During the tournament, players must be gaining the potential power to make a victory. During the final stage, the blue mold begins to appear. In addition, if the player loses all the powers and fell down below the blue mold threshold, then the players out of the tournament. Finally, the last powerful wizard becomes the big cheeze and the player can collect the ether with honour.

Cheeze Wizards are designed for extensibility

Immediately after launching CryptoKitties, people have the intention to build new products on top of it. Extensibility is one of the biggest priorities with Cheeze Wizards. the creators want this game to belong to the community. Every Cheeze Wizard was an NFT designed for extensibility. By empowering independent creators and developers to make their cheezy tools, features and projects.players get new experiences and new value. Those creators can tap into a proven concept, resources and audience.

Even better, they can capture value from the contributions they make to the ecosystem. This Game feature tools which help you play, or gameplay that lives in different experiences. There is a reason why “cheese” is frequently followed in “party”. In Cheeze Wizards, you can form a party with your friends’ Wizards, and together, you can compete for honour and special prizes.

The Cheeze Wizards Tournament is a multi-day event with real-time considerations, a strong social element is needed to keep all the players engaged with what is going on. Twitter is integrated into Cheeze Wizards, and while a Twitter account isn’t necessary to compete, it will enhance the experience considerably. Players who use Twitter to log into Cheeze Wizards will get special benefits, like being entered to win a limited edition “Founder Wizard.”

The gameplay in Cheeze Wizards is simple, utilizing a game logic and battle system its similar to Pokemon than Street Fighter. The art is weird and beautifully animated, but it’s two-dimensional and won’t melt your graphics card.

Trending lucrative business in the gaming field is build game in latest blockchain technologies. These types of cards game, battle game make a big profit in the gaming industry. Many entrepreneurs shown their full interest to build a decentralized game. Wanna create a game alike check with some resources like gamedapp. The one who provide the dapp games with latest blockchain technologies. Our experts have a massive quality to implement different games. Ping us to know more about dapp game development.