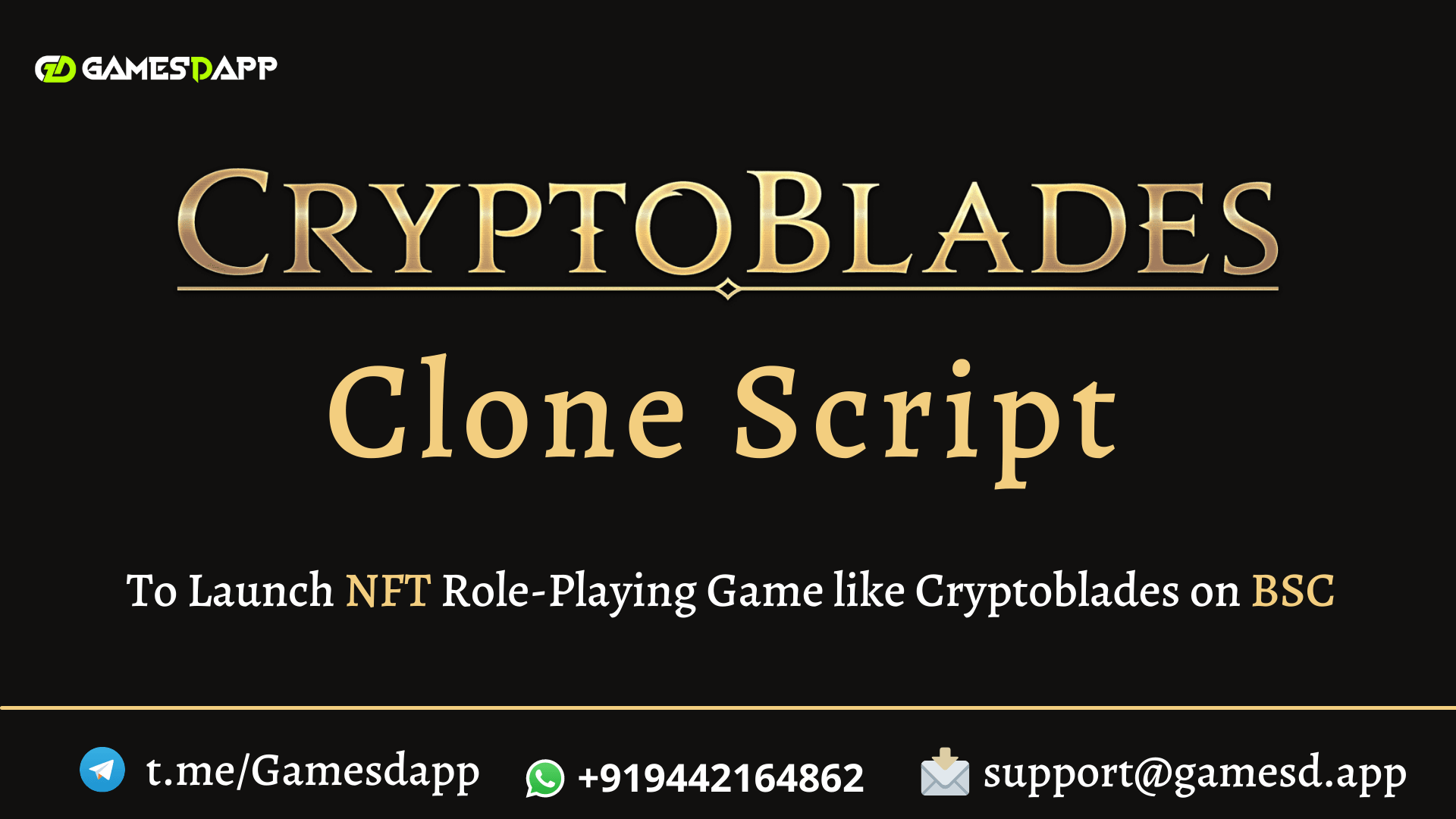 CryptoBlades Clone Script is a Binance Smart Chain powered NFT Gaming Script to create a revolutionary Role-Playing gaming platform like Cryptoblades, where the players can own their minted NFTs (characters and weapons). This Platform allows the player, the complete right to sell and trade their characters and weapons on an open marketplace.

<< Get a free demo of Cryptoblades Clone Script >>

Cryptoblades is a RPG game launched on the Binance smartchain that allows you to play to earn. You can make your team up and fight enemies to earn points and rewards by exploring the land and show your skill to other players. The core of the game revolves around rewarding players with SKILL tokens after defeating enemies and participating in raids. They can hire additional characters, forge unique weapons, and reforge those weapons to increase their overall power. Players can also stake their SKILL earnings and receive additional SKILL as a reward.

The game has four elements present, which are Earth, Fire, Lightning, and Water. All characters, weapons, weapon attributes, and enemies are assigned an element. Elements increase or decrease the chances of success when battling. Like Pokemon, these elements have type advantages and disadvantages.

SKILL is the native cryptocurrency token used as a medium of exchange on CryptoBlades. Players leverage SKILL to acquire characters, forge and reforge weapons, and to buy and sell on the CryptoBlades Marketplace.This native token SKILL is used to mint characters, craft weapons of varying power, which level up the gameplay. More the powerful weapon you have, the more the SKILL tokens you earn. CryptoBlades is the Marketplace, where anyone can list or buy NFTs using the SKILL token. Out of the total supply of the SKILL token- 100,000 and 200,000 tokens are kept for liquidity and gameplay incentives. The users will get more SKILL with more powerful and advanced plus characters within the gameplay.

The supply of SKILL Token is designated as follows:

The CryptoBlades Clone assists you in building a game-only Decentralized crypto community working on the principles of tokenization and staking. This community members can play games to earn skill tokens. Tokens can also be earned by conducting in-game raids, defeating enemies and staking the existing rewards. Every token earned by users holds a true value with locked liquidity functions.

Made by an award-winning game development team - Gamesdapp, CryptoBlades Clone also offers crafting of NFTs and customizing the game character to build a unique user identity. Our Customized Cryptoblades Clone allows to customize and fine tune the characters and weapons to add unique skills, traits and abilities to build a powerful characters or weapons.

Cryptoblades Marketplace has the most users of any marketplace in the world!!

You can easily start your own NFT marketplace all by your own and kickstart your Gaming platform like Cryptoblades, where users may list and purchase their NFTs. CryptoBlades assets such as characters and weapons are user owned ERC-721 NFTs that can be freely traded with other players.

Cryptoblades Marketplace uses Binance Smart Chain to carry out trading and transactions conducted in the marketplace. If you are about to start your Cryptoblades Clone, then you can add multiple payment methods as per your business needs.

We are the pioneer in providing Cryptoblades Clone Script that enables you to launch a bug-free, robust and  customizable BSC based NFT Game like Cryptoblades. Once we deploy our Cryptoblades Clone development platform into the NFT domain, we provide 24*7 support to our customers and aids to reach great heights in the blockchain world.

Talk to our experts with your requirements!!

Disclaimer: Gamesdapp doesn't have any control over the trademark of "Cryptoblades" and we are not doing any promotions for them. We are just using the term "Cryptoblades" for quick understanding purposes only. Our services are not meant to influence any organization or individual.