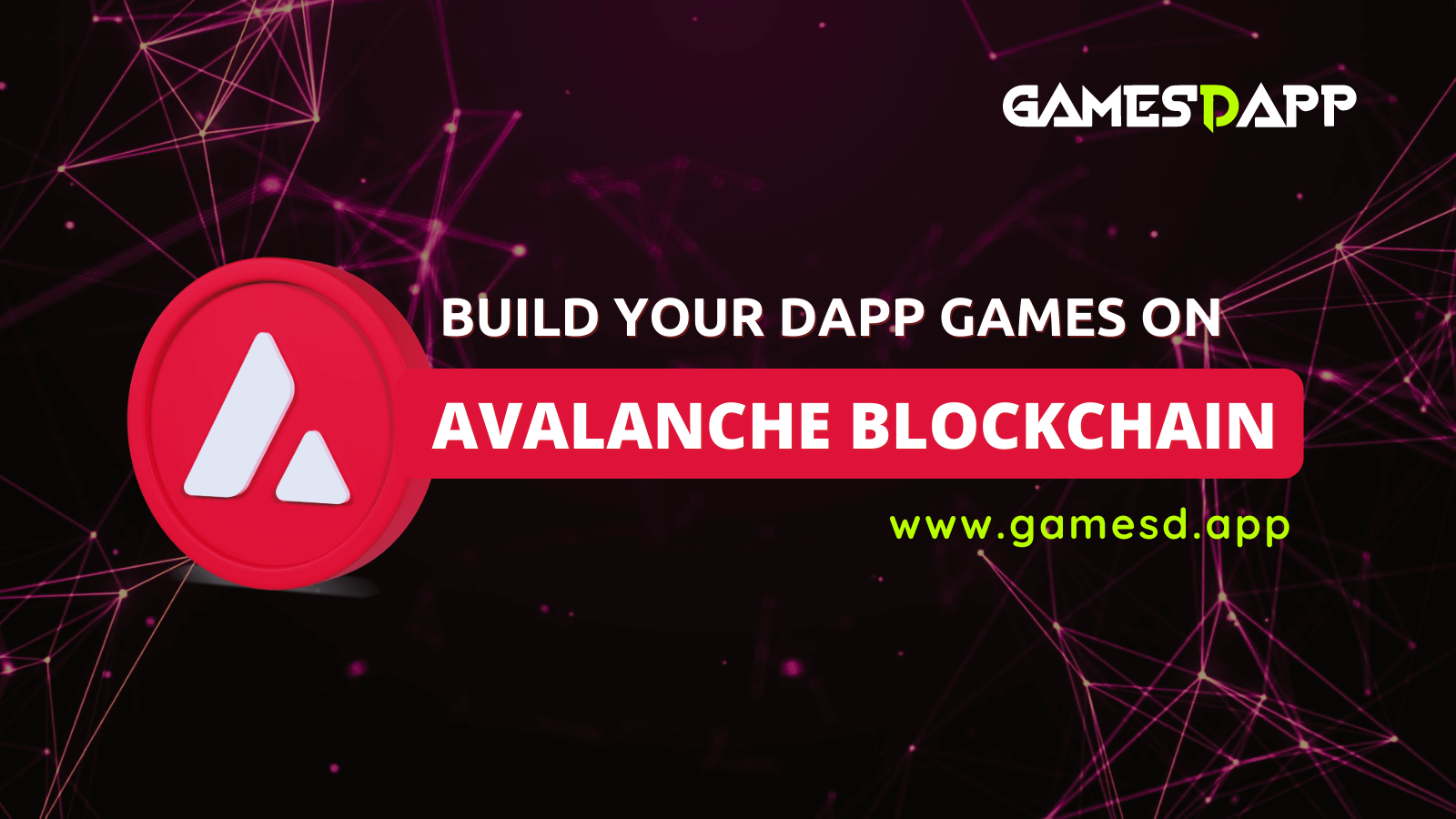 However, as the ecosystem evolved, these games and new projects expanded support through the other blockchain networks, including Binance Smart Chain (BSC), Wax, Avalanche, and more.

Avalanche network, which has a secure and smart blockchain platform is currently receiving enormous attention from game developers because of its speed, cost, and low environmental impact, with the proof-of-stake consensus mechanism, it has assumed to validate transactions and secure its network.

In this article, you can know the role of avalanche blockchain in a decentralized gaming platform.

What is Avalanche dApps?

Avalanche dApps are all Web3 applications developed on top of the Avalanche chain.  It has gained more recognition among both investors and developers. As such, Avalanche is now a reputable open-source platform for establishing a broad range of dApps, including DeFi (decentralized finance) apps and other custom blockchain implementations.

What opportunities does Avalanche blockchain bring for your business?

Avalanche carries along with infinite opportunities for the users. In terms of development and comfort, the network shows three main opportunities:

Avalanche protocol supports the development and launch of powerful dApps. These dApps now secure and process thousands of transactions. The TPS speed Avalanche offers the ability of other blockchain platforms.

Avalanche understands the various needs of users. So, it facilitates the deployment of customized blockchain to fit specific application needs. One can develop nearly every core component mandatory for blockchain development, including a VM that defines how the blockchain functions.

The network permits people to scale up to the millions of other validators engaged busily in the validation process. As soon as possible, someone who buys a token can immediately join the network and commit as a validator. Avalanche also doesn’t ask for highly configured hardware to permit people to join.

Now you can identify the top 5 Play-to-Earn Games on Avalanche below.

Crabada bills itself as an idle play-to-earn game that hosts recluse crabs with powerful fighting skills each crab is an NFT and is called a crabada. It has witnessed massive growth in active users due to the counted play-to-earn functionality. As such, gamers for their playing time use two tokens, each with a different utility. $CRA is the game’s governance token earned via staking activity or by playing the game itself.

Treasure Under Sea ($TUS) is Crabada’s second token and acts as an in-game currency earned while mining, looting, and leading crabs during the gameplay. Both tokens became popular as investment opportunities for investors, given their gaming utility.

TaleCraft is the first play-to-earn card game on Avalanche players are permitted to become more powerful through gamified NFTs. They have to mint and craft cards from elemental base cards and sell them weekly, delivering the most skilled players room to succeed and move more than others.

TaleCraft rewards all NFT holders with AVAX profit developed within the ecosystem. The most loyal and skilled holders gain more rewards from the outcome.

TaleCraft presents a deflationary mechanism by assuming a novel minting process for the NFTs. The minting approach raises the game’s design and brings scarcity into the ecosystem, creating a sustainable and long-term economy. Each base card is seared to craft higher-tier cards to achieve profit.

Yieldhunt is the best play-to-earn hero and villain game on the Avalanche network in the wake of its launch.

The game pivots around two main characters— adventurers and hunters. Adventurers essay on a search looking for $GEMS— the game’s native token. In contrast, hunters act as villains, designed to steal $GEMS discovered by the adventurers.

Dragon Crypto Aurum (DCAU) is a play-to-earn game based in a fantasy-themed metaverse. The game envelops itself around a metaverse filled with extended earning opportunities and gaming experiences for the community.

DCAU has a dual-token economy for its ecosystem— an eponymous token— $DCAU and another $DCAR,.

Avaxtars is a browser-based play-to-earn (P2E) idle game on Avalanche. Since its launch in 2021, Avaxtars has been steadily developing a large following because of its unique play-to-learn mechanics that include NFTs known as Avaxtars and three utility tokens, namely $AVXT, $ENXT, and $DGC. Avaxtars NFTs are created using the ERC-721 token creation standard. The first set of Avaxtars made is Gen1 Avaxtars, which contain several use cases in the Avaxtars Universe.

Gamesdapp is an Avalanche Blockchain Game Development company If you are planning to develop a dapp game in the Avalanche network. Then Ping trustworthy Blockchain DApp Game Development company like gamesdapp. Our highly skilled blockchain developers build a DApp game on Avalanche with unique features in the latest blockchain platforms. In addition, We provide the avalanche games clone to start a branded gaming platform. Ping us to get clarification when you need it.