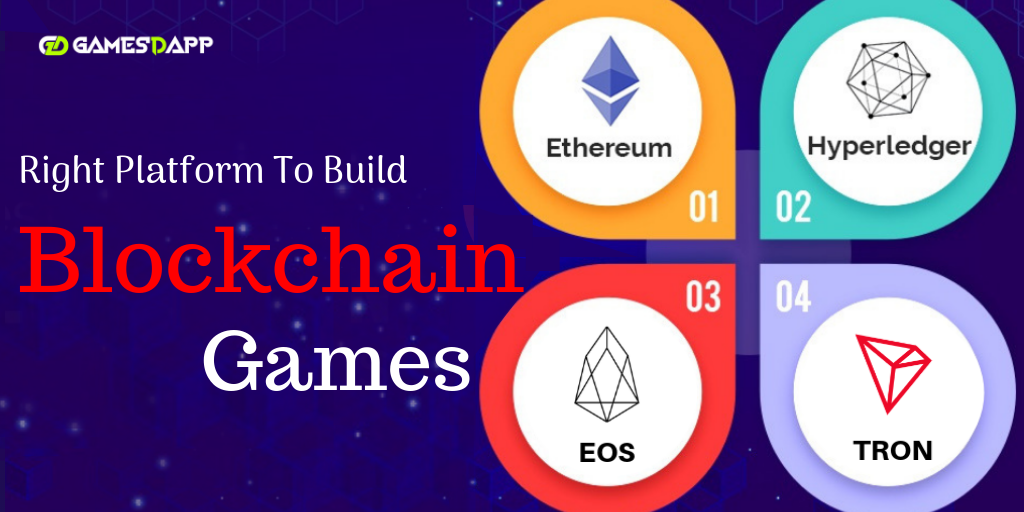 Which is the right platform to Build blockchain games?

A few years ago, video games are the most popular among children and adults. Now, the recent trend is waving all over the world which is esports. Many corporates and entrepreneurs are ready to build and invest in blockchain games. Playing decentralized games is stop and go, the gamers have to verify each transaction with their wallet. On decentralized platforms, games are the only category of applications.

Ethereum is a dispersed public blockchain network. To compare with bitcoin, ethereum differ essentially in purpose and capability. On ethereum, you can build applications and write a code to control money which is accessible anywhere in the world. Ethereum blockchain target on running the programming code of any decentralized application. Application developers use ether to pay for transaction fees on ethereum network. Ethereum dapp games receive more than a thousand users per day and nearly more than a million dollars transaction in ethereum games. Gamers can have a secured transaction with smart contract.

Tron targeted on expanding market of decentralized applications by making it faster and easier to create and deploy them. TRX is the retention cryptocurrency token of the Tron blockchain. Tron is mainly implemented to ease this transaction and quicken the development of new DApps. Tron enables a content ecosystem where users can obtain digital assets from content spreading. It allows market forecasting and distributed digital asserts exchange. Many blockchain entrepreneurs are invested in tron to build a decentralized game with their creative innovations. Tron handles 2000 transactions per second.

EOS is a decentralized operating system and it seems like ethereum for the development of dapps. EOS has more scalability and faster transaction speed. The EOS vision is to build a blockchain dapp platform that can securely and smoothly scale to thousands of transactions per second. This structure allows you to transfer peer to peer transactions within a single blocks without any troubleshooting problem. The idea behind EOS is to get the best features with various smart contract technologies.

Neo is also similar to ethereum , It is a "non-profit community-based blockchain project which has some interesting features to manage the digital assets using smart contract safely and legally. Neo is to use mainly for "smart economy". With blockchain technology, smart contracts and smart asserts can be decentralized, transparent and can exist without intermediaries. NEO creates its own consensus mechanism different than that of Ethereum called dBFT. Neo has over thirty thousand users and it's growing every day.

Hypeledger fabric is an open source blockchain platform for creating decentralized applications on a modular architecture with resiliency, flexibility and scalability. It offers many technological advances which are very important to develop smart applications. Many top-level companies are investing in hyper ledger fabric blockchain platform to build decentralized apps. Especially, hyper ledger fabric allows consensus and membership services, to be plug-and-play.