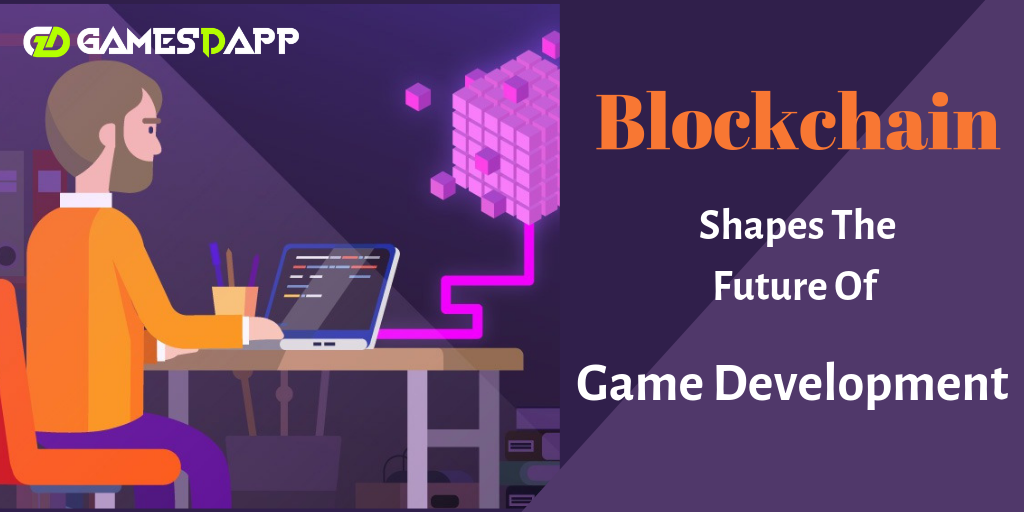 How can Blockchain Shape the Future of Game Development ?

The number of tech-savvy have increased in the recent years and the gaming sector has now grown from being an entertainment to a multi-million dollar industry. People involve in games for various reason. The combination of Gaming with emerging technologies like AR, VR or AI, attracted a mass crowd. By then, the gaming industry, which was just a hobby for billions in the world, adopted blockchain technology to create incredible gaming experience. Though blockchain is not as captivating as the technologies like AR,VR and AI, it holds a special place in the gaming world and is expected to be an essential part in the future of game industry. Let us see how Blockchain redefines the future of gaming development.

Within few years, the gaming sector has grown up from being a small industry to the largest segment. Due to advancement in latest technology, smart kids attention were towards the gaming industry. Apart from AR, VR and AI, many game developers have now adopted the blockchain with new DApp (decentralized application) which uses blockchain technology. This partnership of gaming and blockchain creates a path to manage the digital assets in the game.

Still, many people are not confident with the blockchain and gaming partnership. There are few, who fail to understand that blockchain is disrupting the gaming world for the good. An interesting factor of blockchain technology that is most needed by the gaming industry is security and transparency. The new growth of gaming industry was establishing a transparent and secure gaming platform by implementing the decentralized blockchain application into the game.

Though the initial stage of blockchain was transparency and security, in the later days, gaming industry started to make use of the digital assets which can be converted into real money. There are many blockchain platforms that utilizes DApp and executes smart contract. But among all the platforms, Ethereum, EOS and Tron are the most commonly used blockchain network. Among these, Ethereum is the longest standing and most valuable platform for the DApps and the other two platforms hold a strong ability that made them to be considered as the potential Ethereum Killers

All of the blockchain networks have a strong belief that they have the capacity to go beyond the currency or asset application of Bitcoin and become a standard platform for decentralized applications (DApps) and Smart Contracts.

Redefining The Future Of Game Development With Blockchain

The transformation brought about by the blockchain technology is considered to be the most profound one, when compared to the other emerging technologies. It brings an exciting experience and worthwhile for different users involved in the gaming industry.

Almost all the games provides virtual assets to the gamers either as a reward or as in-game purchases, that can be purchased with real currency. Implementing blockchain technology, the ruling technology of the digital assets and currencies, will make the virtual and in-game assets liquid and exchangeable with other digital asset or fiat currency, in a secure manner. Beside, as it uses the smart contract, the assets are more secured and the ownership is clearly defined to ensure that there is no risk of loss due to system failure or any other reason.

Along with ownership management, Blockchain in gaming has also made a clear path for the gamers to make money by investing on the games. There is a chance for the investors to get a higher revenue than the amount that was invested by them. Blockchain ensures that the involvement of intermediary is eliminated and the gamer and the developer gets benefited equally. A lot of game developers invest on game development using the blockchain technology, as this helps the developer with increase in revenue and the gamers can become the early adopters of cryptocurrencies.