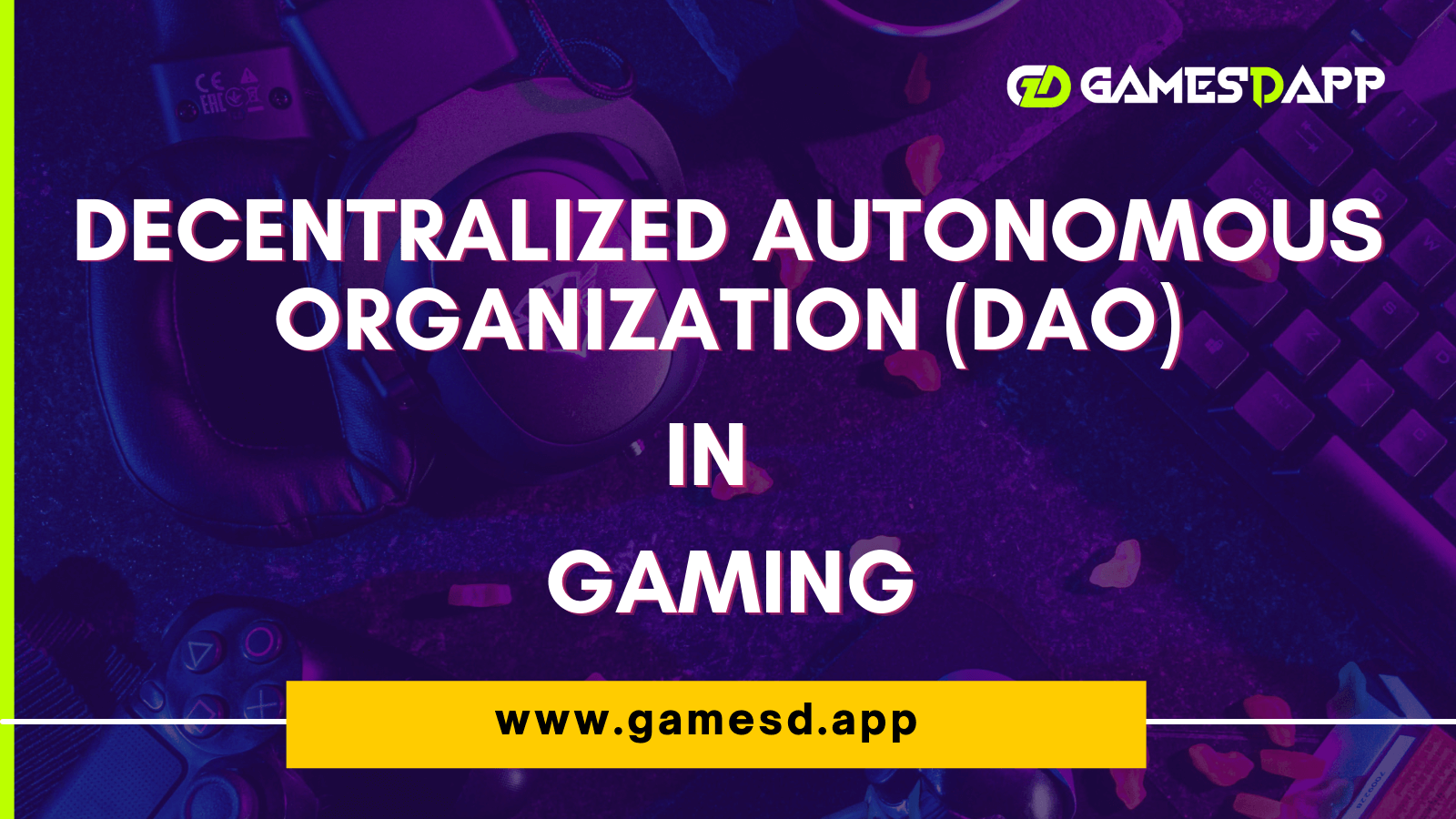 DAO in Gaming - How DAO used in Blockchain Games ?

An ocean of change is taking place in the gaming industry. The future of gaming is decentralized, permissionless, unstoppable and this time, the players will be charged. Now Play-to-earn (P2E) is revolutionizing the power system and boosting the economy through collaborative, positive-sum communities governed by gaming partners.

In this blog, you will know the nook and corner of How DAO plays a notable role in the gaming industry.

What Is A DAO?

DAO is very transparent, controlled by the members of the organizations, and not governed by a central authority.

The transaction records and the program rules of a DAO are maintained on a blockchain network.

A decentralized autonomous organization is a working medium based on open-source codes.

The blockchain networks and the smart contract-based decentralized applications are mainly run by DAOs.

How does a DAO work?

The rules of the DAO are shown by a core team of community members via the use of smart contracts. These smart contracts lay out the framework by which the DAO is to operate. It is highly visible, verifiable, and publicly auditable so any potential member can fully comprehend how the protocol is to function at every step.

Once these rules are written onto the blockchain network, the next step is around funding.

Next, DAO needs to figure out how to receive funding and how to bestow governance.

This is typically achieved via token distribution, by which the protocol sells tokens to increase funds and fill the DAO treasury.

In return, token holders are given certain voting rights, usually proportional to their holdings. Once funding is completed the DAO is glad for deployment.

At this point, once the code is pushed into the community, it can no longer be changed by any other reached through member voting. That is, no authority can modify the rules of the DAO; it is completely up to the community of token holders to decide.

Benefits Of DAOs in Legal Contracts

What advantages do DAOs have?

Transparency - It is a voting system, funding decisions, and other actions are viewable by anyone.

More firepower - Any members across the world can donate, giving DAOs lower walls to entry than companies.

No for Central Authority - Any member-owned groups without centralized leadership.

Community Driven - DAOs also have the benefit of making it comfortable for communities worldwide to connect and create a thriving vision together with an internet connection and governance tokens.

The obvious revenue generator for creators is DAOs is play-to-earn (P2E) where gamers are needed to pay specific fees to open various features or speed up the game.

Now, Yield Guild Games (YGG) is a gaming guild focused on blockchain play-to-earn games. It is a Decentralized Autonomous Organization (DAO) that invests in non-fungible tokens (NFTs) and Digital Assets main goal is to create a network of players and investors who help each other get begun to grow in the NFT gaming space.

How does the DAO work in Decentraland?

DAO stands for "Decentralized Autonomous Organization". The Decentraland DAO owns the smart contracts and assets that makeup Decentraland – the LAND Contract, the Estates Contract, Wearables, Content Servers, and the Marketplace.

The community will present and vote on policy updates, future LAND auctions, whitelisting of NFT contracts to be permitted inside the World, a builder in Marketplace, and whatever the community thinks relevant. Voting takes place on the Decentraland DAO's through the governance token interface, powered by Aragon.

Gamesdapp, being a blockchain game development company has experts who can help you in starting their Blockchain Game Platform with the integration of DAOs and make huge money. We have

Still, confused about how DAOs can help you in gaming project development & money-making.

Get Free Consultation From Our Experts Now !!