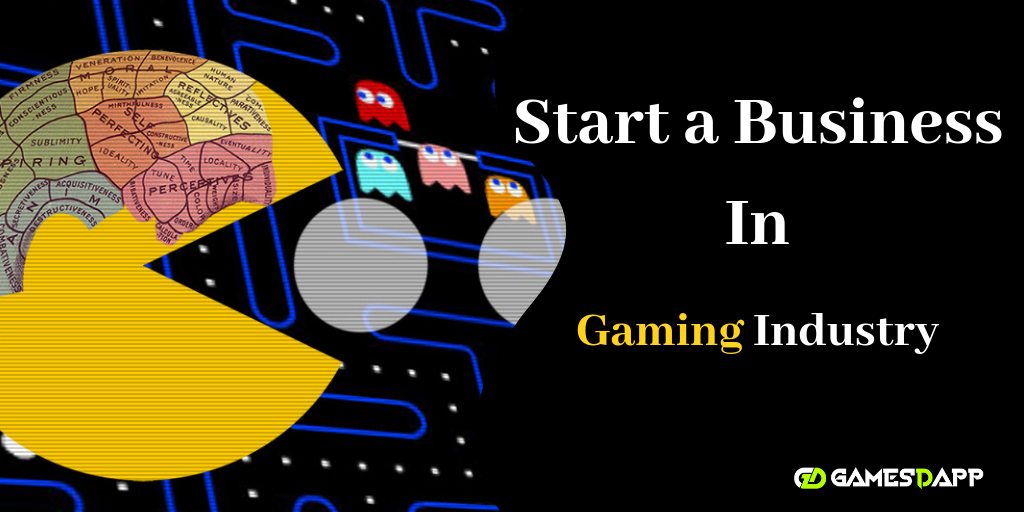 How to start a business in Gaming Industry

If you have an idea to start a business in a growing field then contemplate starting one with the gaming industry. Many technological implements have a raise in the gaming world. Video games had a great improvement since the first games were created n 1970's. The first video game is nothing big is just a battle game. The gaming industry is set to produce total revenue of nearly $100 billion around all over the world.

Children, adult make fun with games, includes those you young at heart. While starting a game business consider everything from card games and classic games to video games and electronic gadgets. Gaming knowledge with business clarity leads to a great profit and rewarding experience. Especially, Now the game business people build games using blockchain and use latest blockchain platform.

Let's see the indeed way to maximize your income and market your gaming business.

Set out with the business plan

Choose the right platform to build a game.

The new innovation in the gaming industry

The video gaming industry is the one of the profit earable industry now. Every day, different game development companies come with their uniqueness in front of customers. In addition, virtual reality is added to the quality of the game. Gadgets like ar/VR headsets, the game moves game controllers have the totally revolutionized in the gaming world. Millions of play station are sold every year. Now gamers are also shown they are interested in online games.

The economic status of the game marketplace

The prominent shift will be the transition from a globally controlled economy to a free market economy. A golabally controlled economy has to worry about handling all of the variables of the economy, whenever a free market one quit the complexity to open markets. While free markets are technically more “complex”, the management of that complexity can be manged by free actors in the system. This may prove to be the best system for games than full global control.

Coming from an enormous resource world where publishers can at any time create lots of various items, the blockchain introduces a more complex marketplace from an economics standpoint.

As a blockchain game developer, game items not only available in your game, but also of the value of your item is starting trading outside of your game.

Modelling such economics becomes more complex, but I am sure we will start seeing open source versions of economic quality of marketplaces of the future grown in upcoming years.

What is Blockchain Gaming?

Blockchain set up entirely new functionality in the gaming industry. Gamers can able to trade the digital asserts directly with others. These facilities allow both gamers and game developers to initiate in an interconnected game. Maintaing addictive gameplay is tricky. But, the blockchain solves that and engage compelling gameplays via blockchain.

Gaming universe which allows a lot of gamers to join in the creation of the gaming industry. In addition, games have well documented public API, and it is a little bit easy to build play the game. Eventually, assets gained in one game may be traded for assets from another game. As a matter of fact, In the world of blockchain gaming, blockchain uses programmatic enforcement of business.

Importance of game development in blockchain

Some important criteria come under the game development studio

Standard: Game developers need to make infrastructure with NFT standard and prove to the gaming community which are building with gaming industry needs in mind. Unity integration is a must when it comes to integrations.

Smart Contract: Game developers build contracts on the top of other contracts to build successful blockchain games which are leads to faster innovation and compostability.

Ethereum used as an economic to the scalable network. The scalable protocol which is Ethrereum used to solve a lot of issues in dapp developers. And also attract more people to build dapp games.

Monetization models are complex for game developers, designers to enter into space. Nowadays some of the protocols today are planned on embedding business models directly on a protocol which allow game developers to get paid for the content they produced.

Some of the gaming industry started to look into side chains, since side chains are providing short-term scalability solution, reduce the cost and might facilitate cross-chain.

When it comes to cost, on state channel only a few intermediaries spend resources. In Plasma, there’s one operator. In contrast, in layer 1 blockchain use hundreds of machines to validated every tx.

I’ve heard certain times from the gaming industry that side chains are not a long term solution. because their security varies. If the side chain stop serving a good use case, then the interoperability also ends. Still, the gaming world of the future will probably have a use in both and side chains and scalable layer combined to build a blockchain game.

The game industry is rapidly moving o blockchain on a daily basis and a lot of new games are being implemented. Hence, huge opportunities are available in the gaming industry for those who want to put their creative and innovations into creating video games. Overall, the Gaming Industry is growing into a lucrative and happening career for youngsters, entrepreneurs and startup owners who possess massive coding knowledge and programming skills along with a passion for gaming.

How to choose game developers

A lot of developers have sufficient skills to develop video games in top level companies like Gamesdapp. Gamesdapp is the leading crypto game development company. They have well-stuffed developers to build games, especially with the latest blockchain platforms. Our qualified experts satisfy your requirements and make your game more unique. You can earn crypto tokens as well as crypto coins with this blockchain games. Our experts render your outcome as much as perfect. Reach us to know more about blockchain game development and know hoe blockchain shapes the gaming industry.