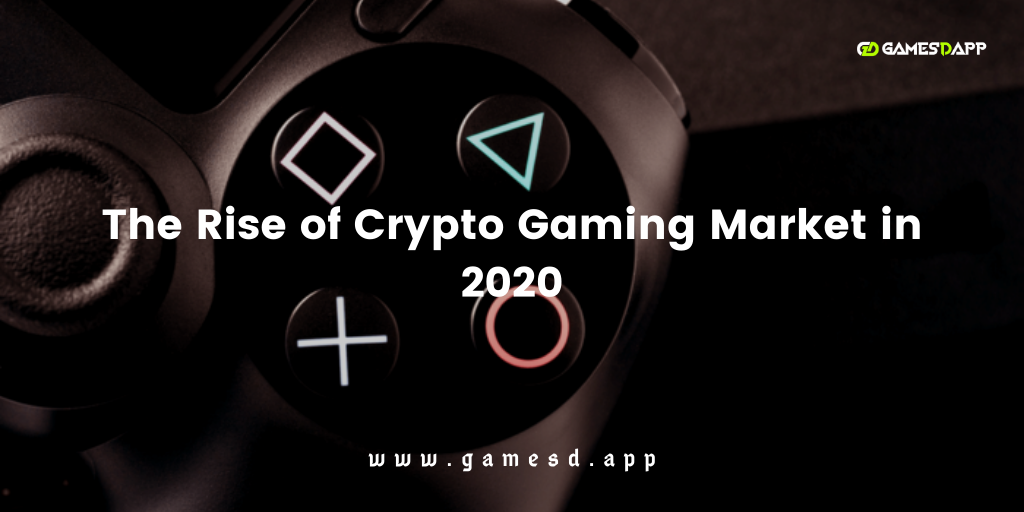 The Rise of Crypto Gaming Market in 2020

Today, blockchain technology has disclosed both gamers and game developers to a world of endless possibilities. In addition, blockchain in gaming creates the opportunity for gamers to collaborate, compete and even negotiate directly or at their own pace. In a nutshell, blockchain-based games are not just “fun and innovative” — they also provide great security and privacy which adds to the experience. The blockchain technology provides a strong reward system for gamers to collect digital collectables to make the game worthwhile, on the other hand, the gamification process creates a friendly environment for learning and mass adoption. Here is a list of some popular blockchain games to watch out for in 2020.

Blockchain Cuties is a new idea of a collectable crypto game with adventures where you get to play with puppies, bear cubs, cats, lizards and other real and fantasy creatures which can be traded, sold or turned into traditional digital currencies. Each blockchain cutie is unique and 100% belongs to you. You can collect them, breed them and train up them with multiple skills for the battle. It can be played in both mobile and PC through a web browser. In blockchain cuties you can trade using smart contracts on Ethereum, TRON and EOS blockchains.

My Crypto Heroes is a new type of game and model using Blockchain technology. My Crypto Heroes is a worker-placement RPG where the players can collect and train crypto heroes in the game universe. The main gameplay consists of PvP battles and PvE (Dungeon Explorer) with their trained crypto Heroes. Additionally, in the Dungeon Explorer gamers can find and earn equipment (extensions) for their Heroes. Gamers can even train their crypto heroes to acquire new characteristics. The game also allows trading their heroes on a social marketplace.

Gods Unchained is a online trading card game which is mechanically similar to Hearthstone. Gods Unchained is a type of trading card game which runs on the Ethereum (ETH)blockchain. This game offers unique assets which are entirely owned and as well as managed by you. Every single card is added to a specific playing deck which you prefer or you can be traded them on a public marketplace. The game having a PVP system with your unique assets as the playing pieces.

This game is useful to who have a massive interest to play a classic collectable card game. The main features of the game have all cards which have exclusive ERC-721 standard. Players use ethereum(ETH) wallet to sell and buy cards. Developers are arranged free-to-play format in a Gods Unchained game. This is a clear fact that in order to dive into this world, you do not need to buy cards. Every week the rotation of free decks is updated, which can be played with opponents, it gives a free opportunity and appreciates their strength.

Forgotten Artifacts is a crypto game which allows gamers to go on an endless adventure to find Forgotten Artifacts. The collectables in this game are a mix with fungible and non-fungible tokens each with a limited supply thereby making them more unique and valuable.

Now, this game is in a pre-alpha development stage, forgetten artifacts can only be played with an Enjin wallet which is the only way to store the ERC-1155 tokens and collectables. So far, there has been a huge interest in this game from the gaming community with a user base which the Forgotten Artifacts team calls “assiduous”.

Spell of genesis is the combination of an arcade-stylee game and card trading game. Players of this game can embark on epic adventures while collecting and trading orbs to create a strong deck which can be tested in battles. Using the cards with different strategy and skill being key elements for victory.

Since the collectables and cards in this game are built on blockchain technology, players get to keep their items and cards which they win from playing the game. What's even more interesting is that this is one of the first role-playing Bitcoin (BTC) games which allows to directly store collectables on the Bitcoin blockchain. In addition, winnings can be exchanged outside the game, that is exciting for gamers.

Altcoin Fantasy game is a fun and realistic cryptocurrency trading simulator. Users can learn about different blockchain projects and coins and practice making trades before they trade on the real cryptocurrency marketplace. Gamers can learn how the markets move and learn about signals and indicators and read charts about each coin’s performance.

Players can have a fantasy trading competitions daily, weekly and monthly where the players can compete against other crypto traders and enthusiasts worldwide and the top gamers walk away with real prizes such as crypto. Altcoin Fantasy has partnered with various companies like bread, Paxful and OKCoin  to sponsor its contests financially and reward players with real  cryptocurrencies.

Ox Universe is a good fit for who loves to play the spaceships games and the fantasy games. OxUniverse is building with ethereum and this game has an intuitive user interface and all bout using the strategy going on a cosmic ride into the universe, like The Mandalorian. On each planet, users will be able to get different resources and meet new people. A gamer can own an entire planet or a part of it since all in-game items are recorded on the blockchain.

The Crypto gaming scene is growing rapidly as more games are being invented with blockchain technology and more collectible in-game items are also built on blockchain technology. Blockchain games make mass adoption of blockchain and cryptocurrencies possible and inspire investors and crypto lovers to invest in gaming industry. Make your doubts clear with our blockchain experts.