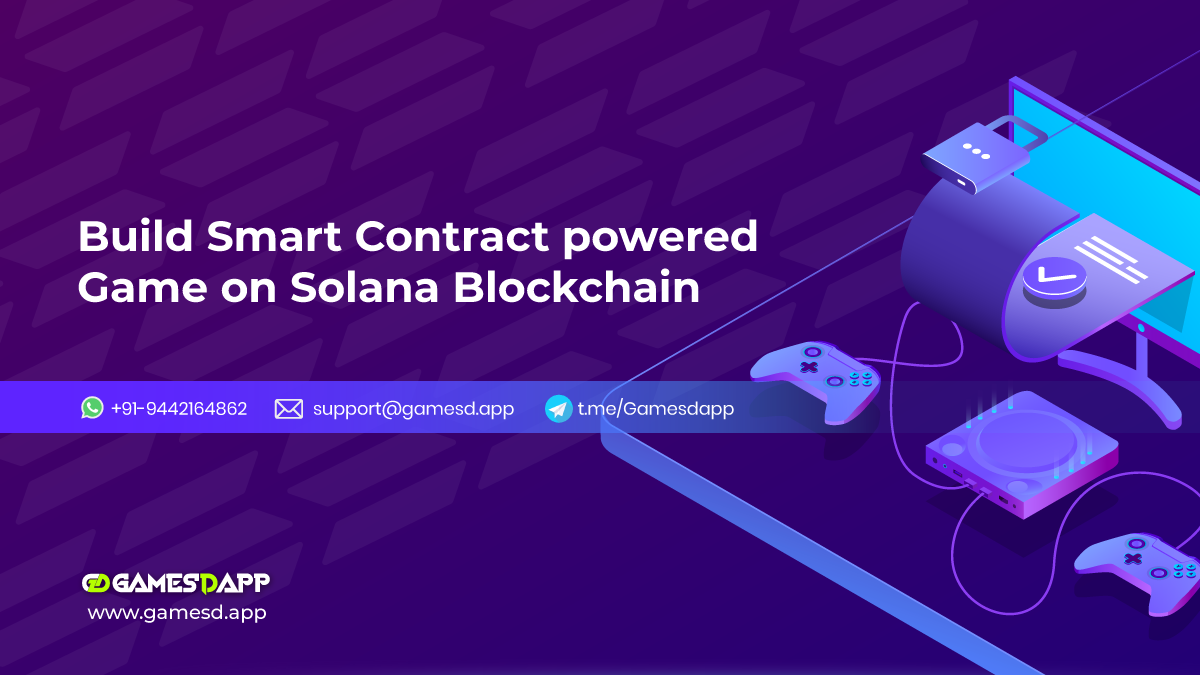 Solana Blockchain represents lightning-fast distributed ledger technology for DApps. The Solana blockchain can execute more than 50k transactions per second while maintaining a high level of security for its users. Solana is home to a wide ecosystem that includes the top web3, DeFi, and blockchain-based gaming applications.

Smart contracts are essentially built on the concept of blockchain technology. A blockchain network, unlike a traditional database, does not have a single central point. The data saved in the blockchain is shared across all of the computers that make up the network. As a result, the network is less vulnerable to potential failures or assaults.

Furthermore, a record on one computer cannot be changed without affecting records on other computers in the network. Transactions on a blockchain are organized into blocks that are connected together in a chain. Only after the previous block has been completed is a new block formed. Each block includes a cryptographic hash of the previous block and is arranged in a linear chronological order.

Unlike standard EVM-based blockchains, Solana uses a distinct smart contract approach. Contract code/logic and state are bundled into a single contract deployed on-chain in classic EVM-based networks. A smart contract in Solana is read-only or stateless, containing only program logic. Smart contracts can connect with external accounts once they've been installed. Data linked to program interaction is stored in the accounts that interact with the programs. This establishes a logical distinction between state and contract logic.

The key distinction between Solana and EVM-based smart contracts is these accounts on Ethereum and Solana are not the same thing. Unlike Ethereum accounts, Solana accounts can contain data that are pointers to people's wallets. In addition, Solana provides decentralized applications with a CLI and JSON interface to communicate with the Solana blockchain. They can also utilize one of the current SDKs to communicate with the blockchain and the Solana applications.

How do smart contracts work on Solana?

A proof-of-history consensus underpins the Solana network. The execution approach for Solana's smart contracts is based on how operating - systems load and process dynamic code. The client writes a program in whichever programming language they choose, compiles it with LLVM (low-level virtual machine), and then delivers it to the Solana bytecode. LLVM is a set of reusable, modular compiler and toolchain technologies. An expanded layer file is the name of the output file. Its aim is a specialized bytecode built for fast validation and transformation on the local machine instruction set.

A kernel is a component of a contemporary operating system that manages and initializes crucial resources like the CPU and memory. It also acts as the base for other programs too. But, according to Solana, the bytecode is equally important which is based on the Berkeley packet filter. BPF is an operating system technology for programs that require monitoring network traffic, such as smart contract technology. In a nutshell, it is a data link layer interface that allows actual link-layer packets to be delivered and received.

To show that blockchain adoption is a single-use scenario, so that a customer may weigh the benefits of operational speed, security, and reliability. To put it another way, the customer wanted to construct a proof of concept to demonstrate and test some key blockchain features.

GamesdApp decided to create and market a DApp game based on smart contracts. With the use of a commit disclose system, the game aims to provide honest control and a secure environment. The game was made with the intention of having a good design. As a result, GamesdApp had to add features to the wallet extension that allowed them to authenticate arbitrary transactions.

The following stages of the Solana project implementation can be broadly defined.
- Smart contract development with full coverage of unit tests
- Preparation of the game's UI
- System evaluation

We employed the C programming language for smart contract development. Full unit test coverage was used throughout the development process to examine all conceivable interactions with the Solana blockchain and ensure the system's proper operation.

On the front end, there is a request for the account balance of participants, as well as the formation of new games, seed installation, and withdrawal. For the sake of optimization. The backend is used to get the list of games.

A request for a configured seed hash and disclosure is made on the server-side. You must compile a list of games and respond to them based on their circumstances. We don't obtain the entire list of accounts because we don't need it, therefore we only get the ones whose status is unknown or incomplete.

How to Choose Powered Game Builders?

It's a huge opportunity to invest in a powerful game that takes advantage of the Solana blockchain's smart contract features. GamesDApp is the leading blockchain game development company. We're here to build DApp games that are powered by smart contracts on Solana. Our skilled programmers create a gaming app with the features you desire and deliver a flawless result. We provide games at a reasonable cost.

Get a Free Consultation from our Experts!!